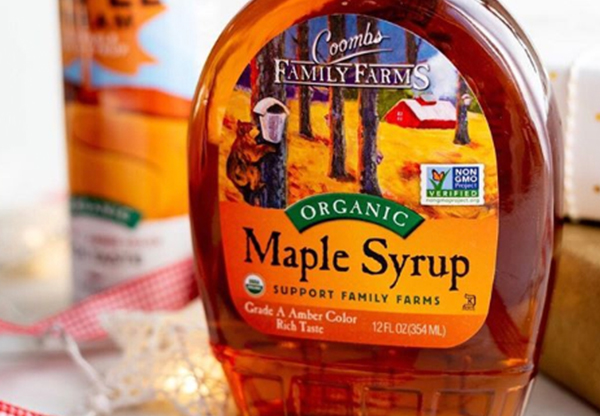 According to the U.S. Department of Agriculture, U.S. pure maple syrup production increased slightly this year, although the season was overall shorter and started later. The U.S. produced 4.2 million gallons of maple, up 1 percent from 2018. However, the season lasted an average of 30 days in the maple-producing states, compared with 42 days in 2018. The season is measured from the first to last boil although trees are often tapped long before then.

Vermont, the country’s leading producer, made more than 2 million gallons. The season in Vermont started later than in recent years, causing worry among maple producers. Nevertheless, the state ended up producing more syrup than in 2018, not only meeting their projections but also increasing seven percent over last year’s production. Additionally, Vermont inserted 330,000 more taps in trees this year for a total of 6 million taps, drawing more sap for maple production.

As the number one organic maple brand in the country, Coombs Family Farms takes pride in working with farmers throughout the Northeast. Headquartered in Brattleboro, Vermont and Alstead, New Hampshire, Coombs Family Farms sources its maple from more than 3,000 small family farmers who share its commitment to quality, environmental stewardship, and sustainable forestry management. By purchasing their syrup at a fair price and bringing it to market, Coombs Family Farms supports these farm families and builds local, rural economies while bringing real maple to tables everywhere.

“Like any production season, there were challenges and unknowns this year,” said Arnold Coombs, seventh generation sugarmaker and director of sales and marketing of Coombs Family Farms.

“After all, Mother Nature has a lot to do with maple production, and farming in general. We’re pleased to report a healthy season so far, with plenty of pure and organic maple still coming in from small family farms across the Northeast. The forecast for Fall straight through the holidays is delicious, pure maple,” continued Coombs.