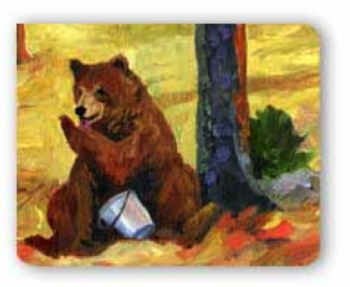 Legend has it that many years ago, too many to be counted, Mother Nature taught a few people how to make a hole in a maple tree in the early spring and harvest the liquid inside. Back then, the liquid gold that flowed from the trees wasn’t sap – it was thick, sweet and totally yummy – just like the maple syrup we put on our pancakes and waffles today. Back then, only Mother Nature, and the forest folks that lived on the land we now call Vermont (of course), knew this sweet secret.

Then one day, a wise old bear, just awakening from a long winter’s nap, watched in wonder as the men and women of the forest poked holes in the maples. All day long she heard them “ooohing” and “aaahing” and “yummming” as their bellies filled with this gooey stuff from the great trees.

“What is this thing that makes these humans so happy?,” mused the great, wise bear.

After the humans had left the forest for that day, the old bear moseyed on over and nosed his way up to one of the trees with a hole in it. He sniffed, and snuffled, and saw this golden syrup and thought, “My, this is most strange. Most strange indeed.”

The wise old bear then stuck his big black wet nose in the syrup and exclaimed, “This is sticky – like honey – but it is too early for my good friends the bees to be busy – so it must not be honey.” The bear tried to wipe the sticky stuff off his nose with his paws, and he just got stickier and stickier. Feeling that he must do something to clean himself (or be tarred by last fall’s leaves and twigs) the old bear cautiously licked his nose. He feared the worst. Then slowly, as his taste buds became happy, the great old bear smiled. “This stuff is not honey – it is better than honey!” For the rest of that day, the old bear went from tree to tree to tree where the humans had made holes in them, and ate, and ate, and ate. Until, by the next day’s early light, there was no more syrup left in any of the trees.

When the men and women of the forest returned to the trees, they shook their heads and wondered what could have happened to their syrup? What had become of the secret that they alone shared with Mother Nature?

They asked Mother Nature if she had told any of the other people or animals of the forest. She said, “No, but I heard that the great wise bear of the woods had discovered our secret and had eaten his fill.”

“This is terrible!” the people exclaimed. “That old bear will tell all the other bears and there will never be enough maple syrup for the rest of us!”

Mother Nature thought about it for a little while, “Hmmm…” Then she winked and said, “I have a plan!”

And with that said, she waved her great arms over the forest. The wind blew and the ground shook and the trees rocked back and forth for many moments and then everything became quite still and quiet again. Mother Nature said to the forest folk, “make a hole in that great maple, and tell me what you taste.”

The people rushed to the tree, eagerly put a hole in it and instead of the beautiful gold liquid, a watery sap ran out. The people tasted it.

“Ugghhh!” said one “Yechhh!” another said, “Bleccchh said a third. “This is terrible,” they all exclaimed at once. “Mother Nature what have you done to our beloved maple syrup – it is so watery now!”

“Ah ha,” said the great Mother (as if a great lesson had been learned). “And the old wise bear will think it is watery, too and he will stop eating it.”

“But so will we – because it is not thick and sweet enough any longer,” sighed one of the people.

“Yes, but I will teach you how to make it sweet again – with fire – in sugarshacks out of sight from the old wise bear and his friends.”

And so it was. And every spring since that day, when the bears arise from their long winter naps, they stop to sample the sap from the trees and wrinkle their noses. But every now and then, when the wind is soft in the trees, and a sweet smell fills the air, the curious bears wonder what goes on inside the sugarhouses. And in the hush of the ancient maples you can hear the wise old bear whisper to his greatest grand children, “it is still better than honey!”

In the kitchen with maple syrup 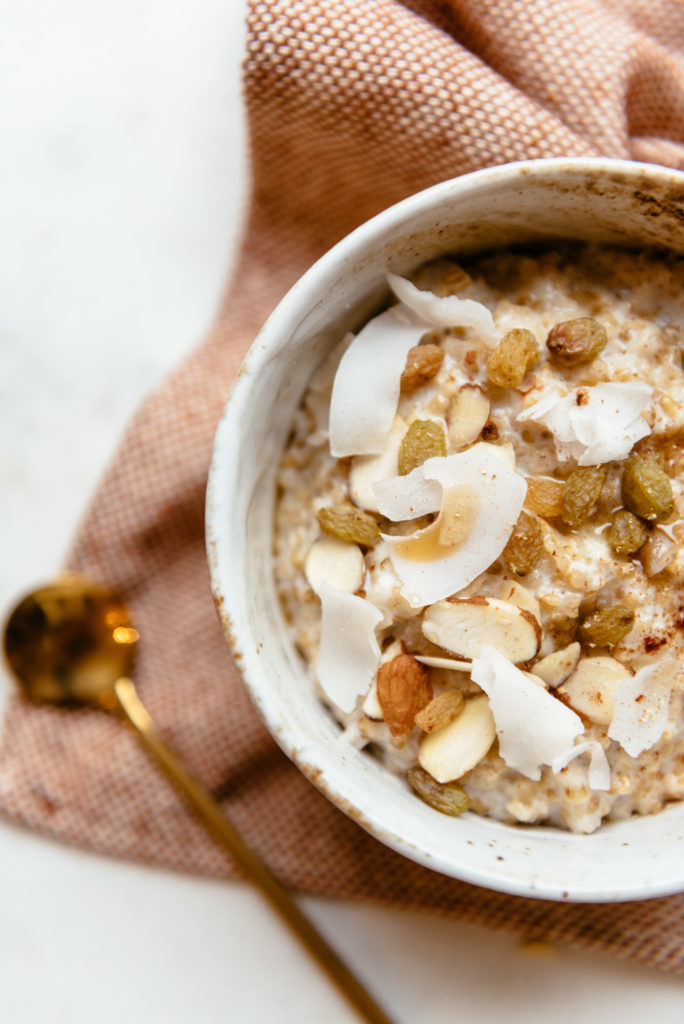