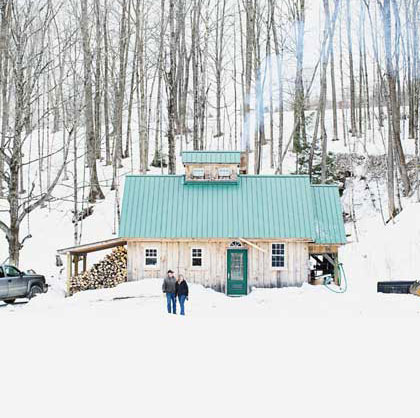 Walking through the woods this time of year, the sugar maples are easy to find with their vibrant red leaves. It will not be long before the ground is carpeted with them—and soon thereafter, the maple limbs will be bare, and snow will be falling. That is when one begins to visualize metal buckets full of sap hanging on trees and being carried back to a “sugar house” where the sap will be boiled down and turned into maple syrup.

The tradition of collecting sap and making maple syrup likely began one spring when temperatures rose from freezing at night into the 40s or 50s during the day allowing the sap to run. Whether Native Americans or French explorers were the first to boil down sap to make maple sugar is unknown. What is known is that colorful tales have been told of sugaring the maple tree over the past few centuries.

Native American legends vary on how the first maple syrup was made. One tells of an Indian chief who came home after a day of hunting and stuck his tomahawk in a maple tree where there happened to be a vessel sitting at the base of the tree. The next day, after the chief pulled his tomahawk from the tree, the sap flowed from the gash left by the tomahawk into the vessel. When the chief’s daughter went to find water to boil for dinner, she found the pot full of “water” sitting by the tree and used it. The chief enjoyed the sap, boiled down into syrup, that night.  A more popular version involves a hunter’s wife who accidently discovered sap dripping from a tree and uses it to boil a piece of meat for her husband.

The first written documentation of maple sugaring in North America was reported in 1557 by French explorer André Thévet. He writes, “There is a tree with the thickness and shape of a large walnut tree … It remained unused for a long time until someone tried to cut one down, releasing a kind of sugar, which they found to be as tasty and as delicate as any good wine from Orleans or Beaune.”

In 1672, Nicholas Denys, a French aristocrat who became an explorer and founded settlements in Nova Scotia and New Brunswick wrote,”The Maple is also a good wood…That tree has sap different from that of all the others. There is made from it a beverage very pleasing to drink, of the colour of Spanish wine but not so good. It has a sweetness which renders it of very good taste; it does not inconvenience the stomach…This is the drink of the Indians, and even of the French, who are fond of it.”

In 1799, Jamestown settler James Smith’s story “An Account of the Remarkable Occurrences in the Life and Travels of Col. James Smith” was published…The story includes a description of how the Native Americans made maple sugar:

Shortly after we came to this place the squaws began to make sugar. We had no large kettles with us this year, and they made the frost, in some measure, supply the place of fire, in making sugar. Their large bark vessels, for holding the stock-water, they made broad and shallow; and as the weather is very cold here, it frequently freezes at night in sugar time; and the ice they break and cast out of the vessels. I asked them if they were not throwing away the sugar? They said no; it was water they were casting away, sugar did not freeze, and there was scarcely any in that ice. They said I might try the experiment, and boil some of it, and see what I would get. I never did try it; but I observed that after several times freezing, the water that remained in the vessel, changed its colour and became brown and very sweet.

The next two hundred years of maple sugaring saw the evolution of efficient systems to produce more syrup faster.  In the 1800s, the introduction of horse or oxen drawn sleds made transporting sap to the boiling place a faster and less tedious project than the former method of hand carrying sap in buckets from trees. 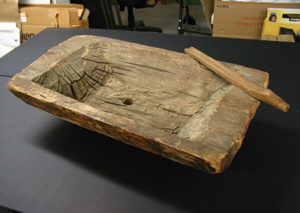 Hollowed-out logs were traded for wooden sap buckets, which were used from the 1700s into the early 1900s. The first metal sap spout was developed in 1860. As a result of these developments, specialized maple equipment companies began to emerge throughout the northeastern United States and Canada.

At the end of the 18th century, sugarhouses (which often doubled as workshops for other trades such as blacksmithing) began to be used as a place to process sap into syrup. Until the last half of the 19th century, which saw an increase in the building of sugarhouses, maple sap was boiled outside in large cast-iron kettles over open fire.

The first evaporator, used to heat and concentrate sap, was patented in 1858. In the 1870s and 80s evaporator designs were developed and improved upon.  By the 1890s, evaporators were produced in mass supply.

Since collecting sap from individual maple trees can be extremely labor intensive, experimentation with plastic tubing as a collection began in the late 1950s. The use of it was perfected over the next two decades. By the 1980s large maple producers were almost exclusively using plastic tubing to collect sap from thousands, rather than hundreds, of trees.

Gary Gaudette, a board member of the International Maple Syrup Institute, believes the biggest change in maple syrup production in modern day times occurred ten years ago with the introduction of vacuum systems. This new method uses a pump to create a negative pressure that is transferred via a tubing network to individual tapholes.  Prior to vacuum systems, the average sap yield was 10 gallons of sap per tap, which produced about one quart of maple syrup. Since  the advent of new vacuum systems, maple farmers now produce 20 – 25 gallons per tap.

With the increase in sap flow, better maple syrup equipment capable of processing double the amount of sap was needed.  According to Gaudette, more and more people are using a process known as “reverse osmosis,” in which the sugar concentration of maple sap is increased prior to boiling by pumping the sap, under high pressure, through a special filter that removes a lot of the water from the sap and creates a sweeter concentrate.

Maple syrup evaporators, that process maple sap into maple syrup by evaporation through boiling, have also become 75% more efficient with the addition of what Gaudette describes as “heat efficient units” that go on top of the evaporators. “Twenty years ago when we got a real good sap run our storage capacity was not large enough,” said Gaudette. “The buckets were not large enough, and sap would overflow. On a good hard sap run a lot of producers lost sap. Now with reverse osmosis we can process a lot more sap per hour so we don’t lose any sap.”

Sugaring may have begun as a happy accident several centuries ago, but it is now a thriving industry run by farmers who care deeply about the forest and the health of their maple trees. The new technologies make sugaring more productive and sustainable. The good news is that as the industry grows and more trees are tapped, more forest is kept out of development and in a more natural state. Happily, sugaring is yet another reason why Vermont is so beautiful. 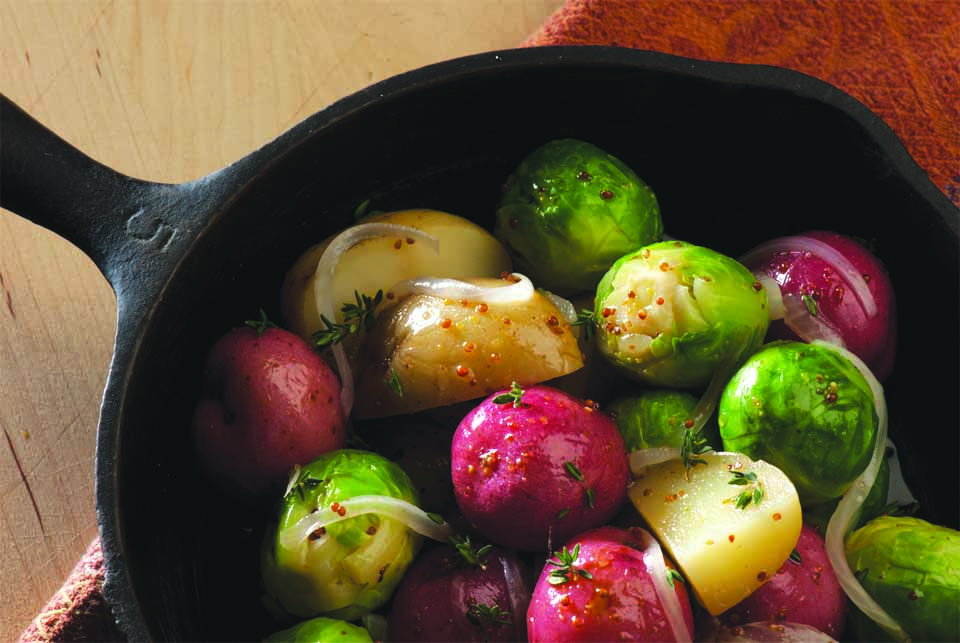